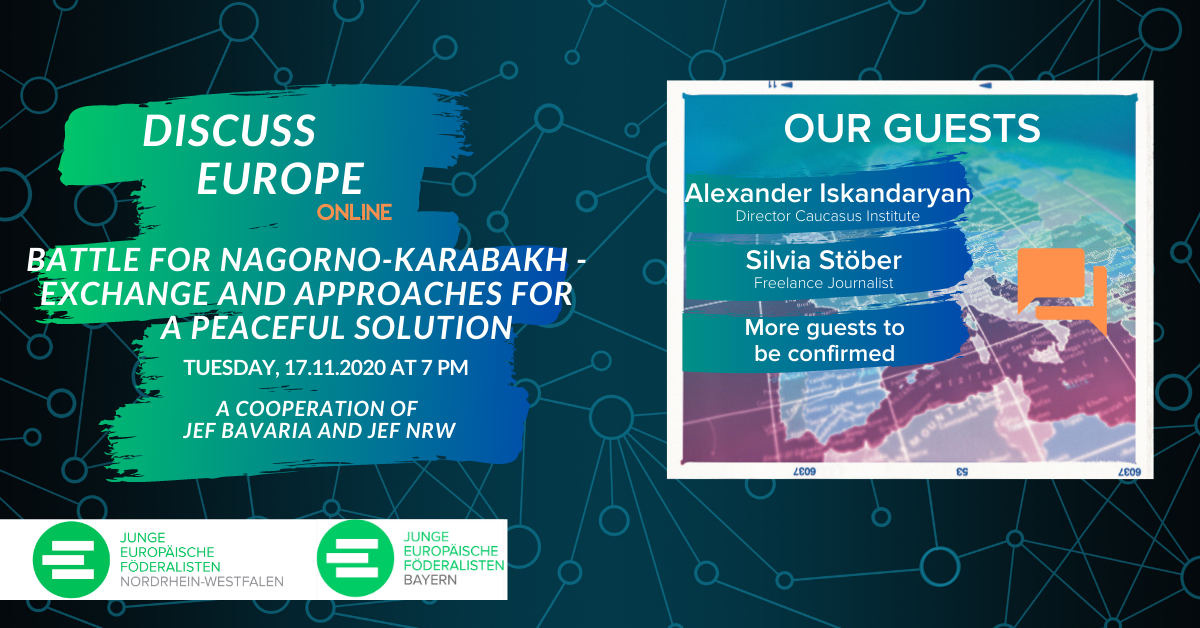 Discuss Europe Event am 17. November, 19 Uhr: “Battle for Nagorno-Karabakh – Exchange and approaches for a peaceful solution”

The conflict between Armenia and Azerbaijan over Nagorno-Karabakh, which began in 1994, has intensified in recent weeks. This is an understatement: it is a war on the European continent.

Civilians on both sides are coming under fire. Ceasefires are not being observed. Russia and Turkey are acting as protective powers in the background. Mediation attempts by the OSCE Minsk Group fail.

How can we escape from this spiral of violence? What role does the European Union play in this?
This and other questions we want to discuss together with Alexander Iskandaryan, the Director of the Caucasus Institute, an Armenian think tank, and Silvia Stöber, a Freelance Journalist and Expert on the area.
Further guests are invited but they are still to be confirmed. We’ll update you as soon as possible.

We are looking forward to an interesting conversation with our guests and all of you. The event will take place on Zoom.

Here you can find the Interviews and Information in English 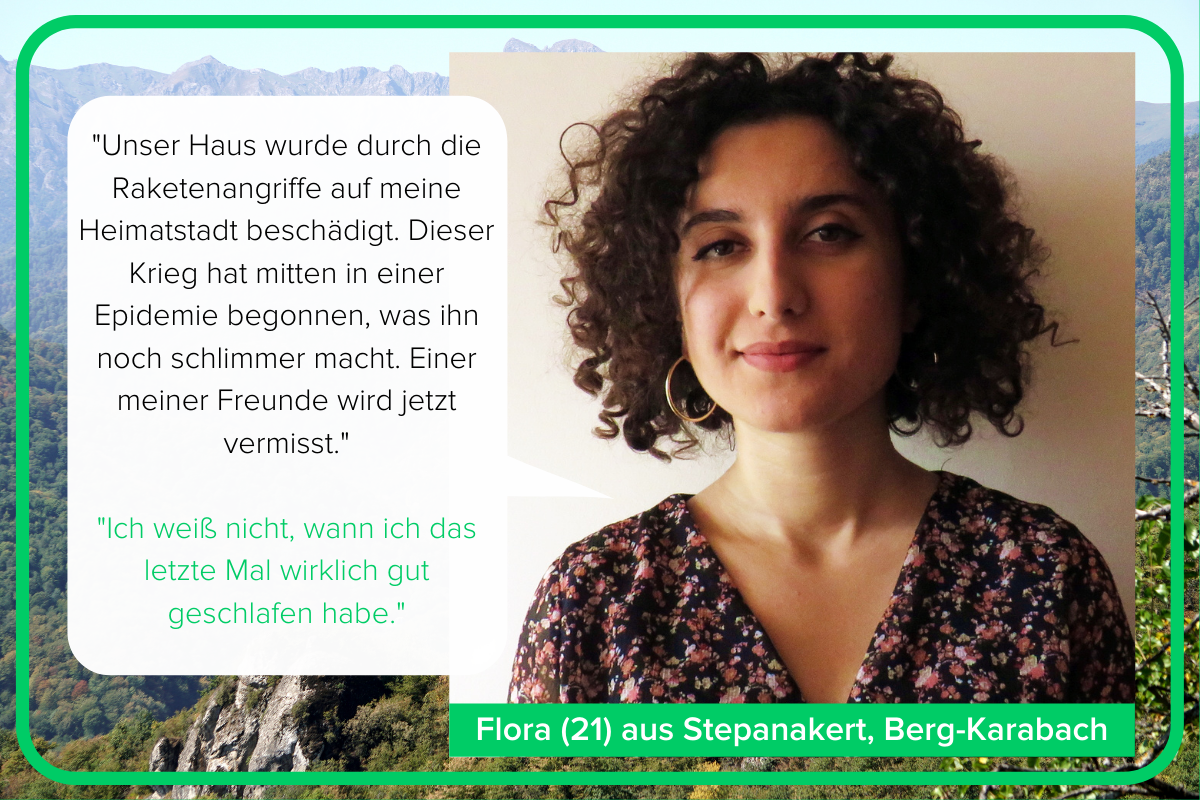 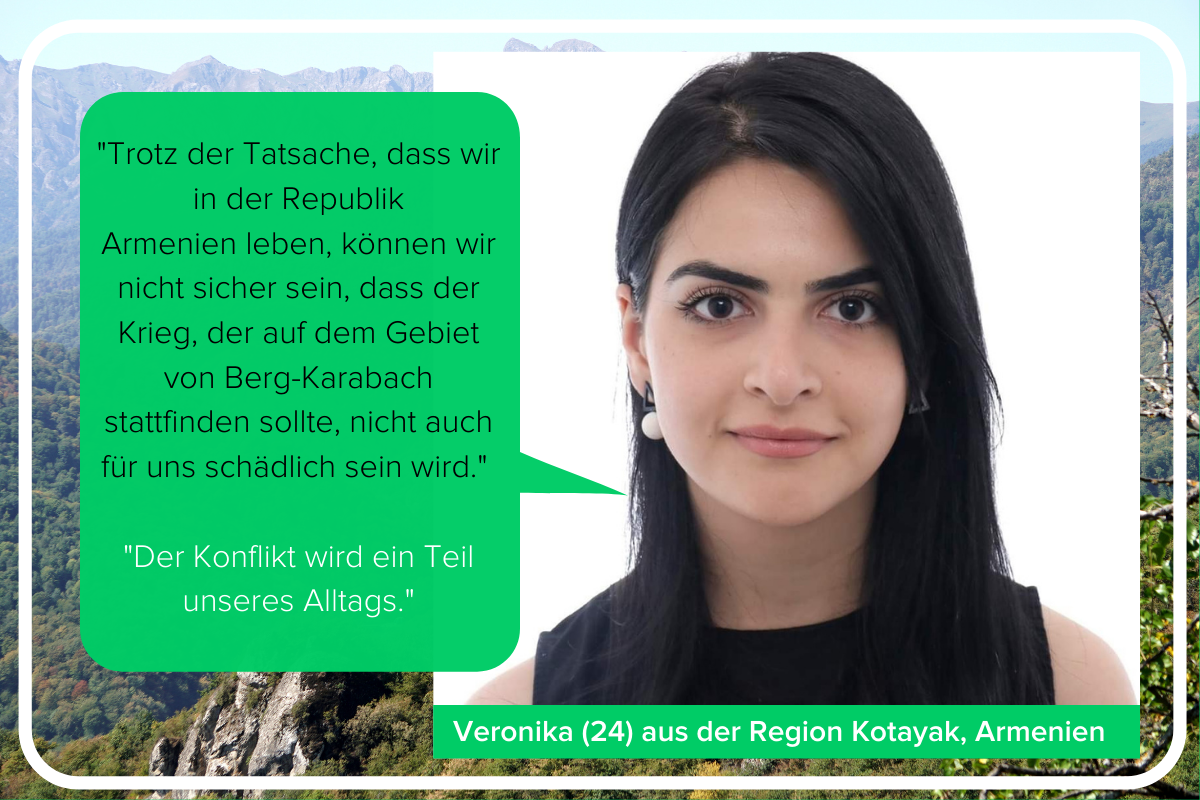 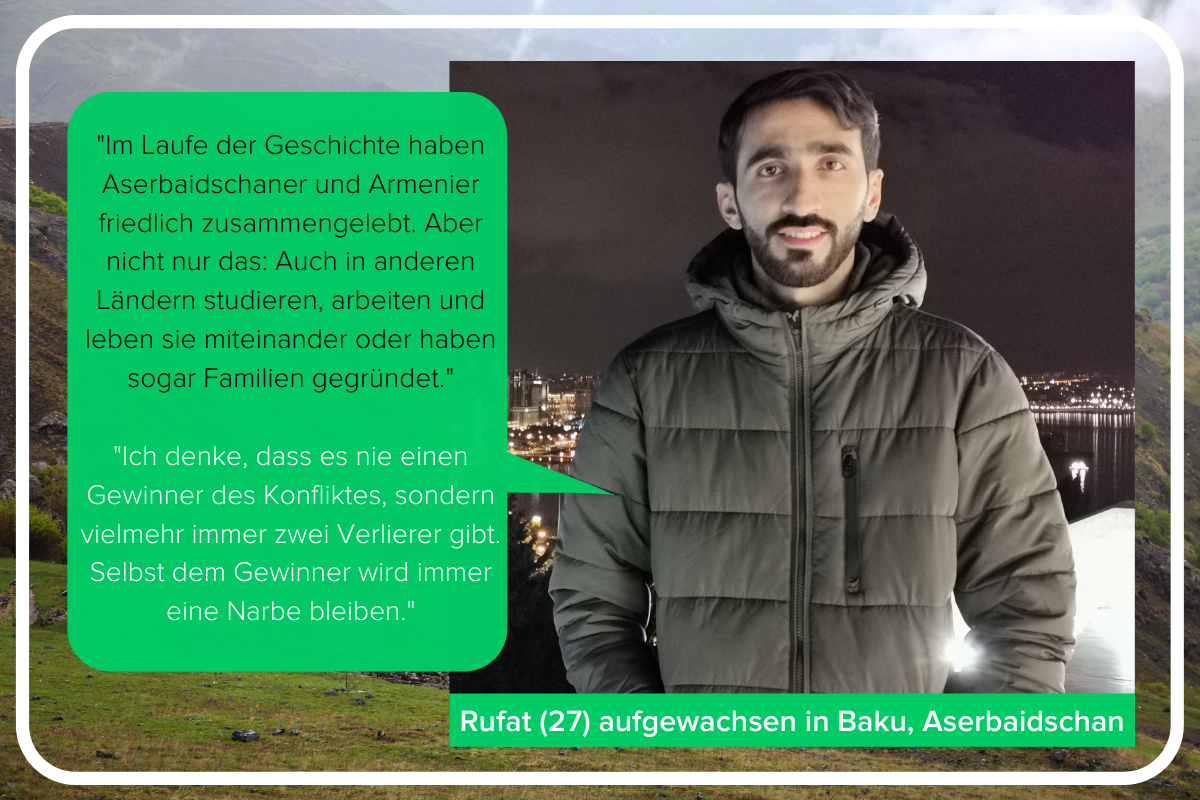