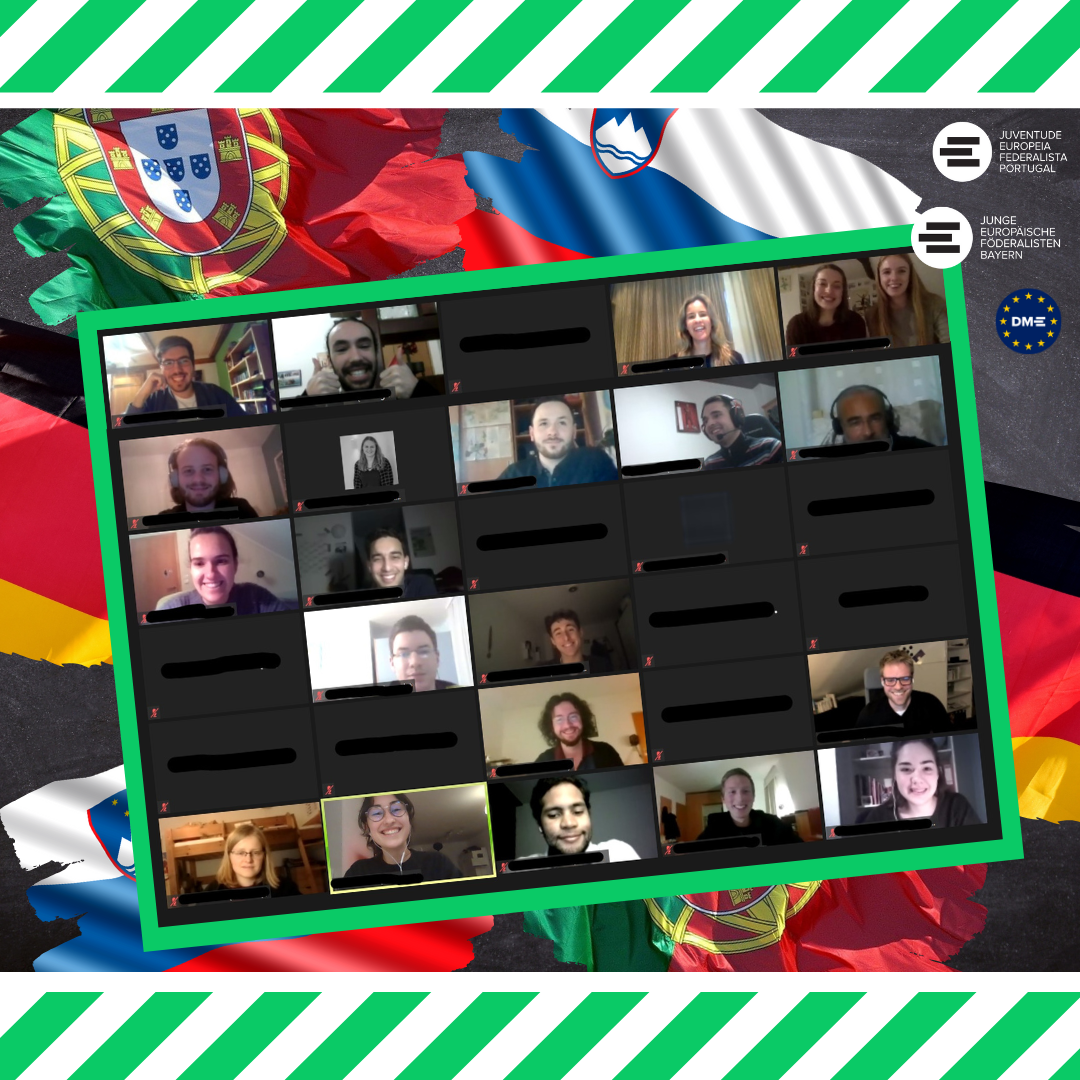 Trio Pub Quiz in the context of the Trio Presidency of the EU Council organized by JEF Bavaria, JEF Portugal and JEF Slovenia

After some strategic meetings, on the evening of the January 28th, 2021 it finally started: The Pub Quiz in the context of the Trio EU Presidency hosted by JEF Bavaria, JEF Portugal and JEF Slovenia. The occasion was the current EU Council Presidency of the trio Germany, Slovenia and Portugal, which started on June 1st, 2020 with Germany, passed on January 1st, 2021 to Portugal and will end on 12/31/2021 with Slovenia.

It started with a presentation about the EU Council Presidency and the „Trio Presidency“, which was already introduced in 1981 and was formally established with the Lisbon Treaty in 2007/09. Incidentally, the first trio presidency consisted already of Germany, Portugal and Slovenia.

We continued with three quiz rounds, each of which was followed by short lectures about the country, its culture as well as its politics. Divided into four groups, we guessed which object the Slovenians own most often (tractors), in which Portuguese region the traditional costume for women consists of seven skirts (Nazaré) or how much beer the average German drinks per year (approx. 90.16 litres). In the following presentations of the respective country, the questions were finally resolved and further facts about politics and society were given.

It was not only an informative but also very funny evening together with JEF Portugal and JEF Slovenia. Thank you very much for participating and we are looking forward to more joint projects.